On the morning of the first anniversary of my dad’s death, I stood at the kitchen window of my parents’ house that overlooks the marsh. I took a picture of the view just as I had done a year ago.

I scrolled through my phone to find last year’s photo. In a magical thinking sort of way, I was hoping to spot a difference between the before and after images that would reveal some profundity.

As my eyes moved between the pictures, I awakened again to the power of nature’s cycles. The inward, restorative season is never more apparent than in the middle of a Maine winter and yet I know with certainty that spring will return.

My mother and I had a quiet day together to honor my dad. We sat by the fire and talked, made homemade black beans and rice, took a freezing walk on the beach, completed my mom’s application for her first ever passport, and both came down with the flu.

Life goes on and in that simple truth lies both pain and rebirth. 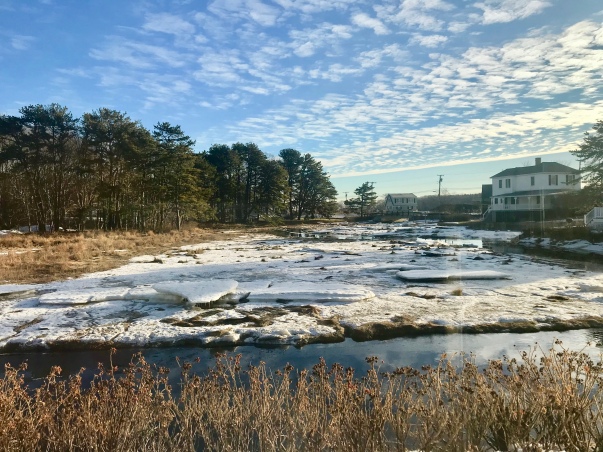