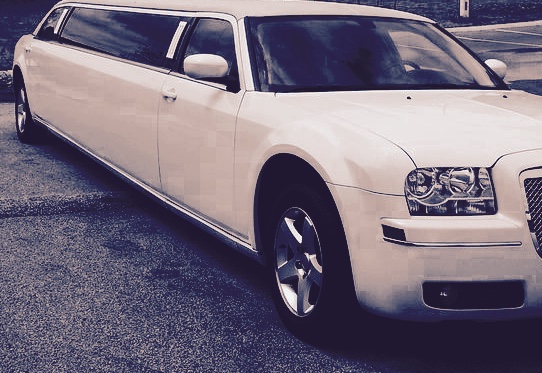 Stuck in predictable afternoon traffic, I creep-and-stop my way across town. My daughter’s recap of her day mixes with my mind chatter. I look out the passenger side window and see a long peach colored limousine two lanes over. Not a bright, bold, spring peach but a barely-there, prom pastel peach. My stomach tightens and my scalp buzzes.

“What’s wrong? Are you ok?” asks my daughter.

The sound of locking doors, clicking in unison, triggered a chemical reaction through my body. It was a high voltage shock that electrified me with a survival instinct that I had never felt before.

Fifteen minutes prior, I had walked out onto the street, a little past midnight, in an unfamiliar neighborhood on the lower east side. It was early fall, and the warm afternoon of my arrival had turned cold and windy.

I worked for the babysitting service at Barnard College. Cab fare was mandatory for late  jobs and I could almost double my money if I took the subway home. As a broke student, I looked for jobs that were as far away from campus as possible. I never felt scared in the city, and taking the subway was no big deal.

That night was different. I was tired, the streets were unusually deserted, and I was wasn’t dressed for the cold front that had blown in while I was babysitting. I decided to take a cab.

The streets were quiet and there was not an unoccupied cab in sight. My uneasiness grew. I thought about returning to the apartment where I had babysat to ask for help. Instead, I shook it off and decided to find the uptown subway entrance.

The limousine slowed behind me and I heard the window come down. It was a glossy cream colored limousine, but it looked peach in the glow of the red traffic lights. There were no passengers, just the driver.

“Where are you going?”

“I’m going that way for my next pickup, jump in the front seat. You never will find a cab this late here. Come on, hop in.”

He was slender, elegantly dressed in an olive green suit. It had a sheen to it that looked like taffeta. I don’t remember his face. By the time I stared into his eyes, I knew it wasn’t going to matter to me what he looked like. I was either going to escape or die trying.

I told him that I felt uncomfortable and that I wanted to get out. I tried to open the door but it was locked. He stopped talking.

The raw, initial surge of adrenaline leveled out but my ears were still ringing. The fear had morphed into dread and moved from my lower belly to a place under my ribcage.

We were driving up 6th Avenue and I saw Central Park. I knew I could not let him drive me into the park. I had three city blocks to get out of the limousine. The automatic locking mechanism was in the console between the driver and passenger’s seats. He rested his arm over it. Hyper-assessing my situation, I was sure he would grab me if I reached for the button.

The traffic slowed. I don’t know why or how it happened. The moment is like his face, a blur, but I remember the action. His arm lifted and he looked away for a second. With one hand on the door handle and the other smashing down on the button, I pushed open the door and jumped out. I ran between cars to the sidewalk and watched the limousine dissolve into traffic, like nothing happened.

No screaming for help, no police reports. I waited until I couldn’t see the limousine, hailed a cab, and went home. I folded the experience into myself in the same way the limousine continued down 6th Avenue

I should have known better, I told myself.

Since the election I’ve had a sickening queasiness that has settled up under my ribs. I haven’t  been able to put words to my feelings until I saw the limousine over my daughter’s shoulder.

Dread. The same dread that I felt thirty years ago.

The misogyny that’s been exposed during the election feels so dangerous, so close, and so familiar. Those minutes in the limousine were my crash course in the dark underside of power and dominance.  As a teen and young woman, I had absorbed the subtle and overt sexist norms as background noise. An acceptance, that in my mind, if I played by the unspoken rules, would keep me safe.

Have we, as a nation, not evolved over the last three decades?

Irrespective to individual political leanings, how could WE elect a predator, a self-proclaimed Pussy-Grabber, as the President of the United States. It sounds harsh and crude, but those are our President-Elect’s words, not mine. The election was  obviously not just about gender but how can this one fact not be a deal breaker for the most influential leader in the world.

I’m left feeling stunned and numb, like my twenty-one year old self standing alone on 6th Avenue. I will not understand my way past this outrageous disconnect or hide in a safe narrative of good deeds and kindness, as has been suggested ad nauseam. These are just baseline standards for being a good person, not a solution.